The Courage to Say No, and When to Change Your Mind 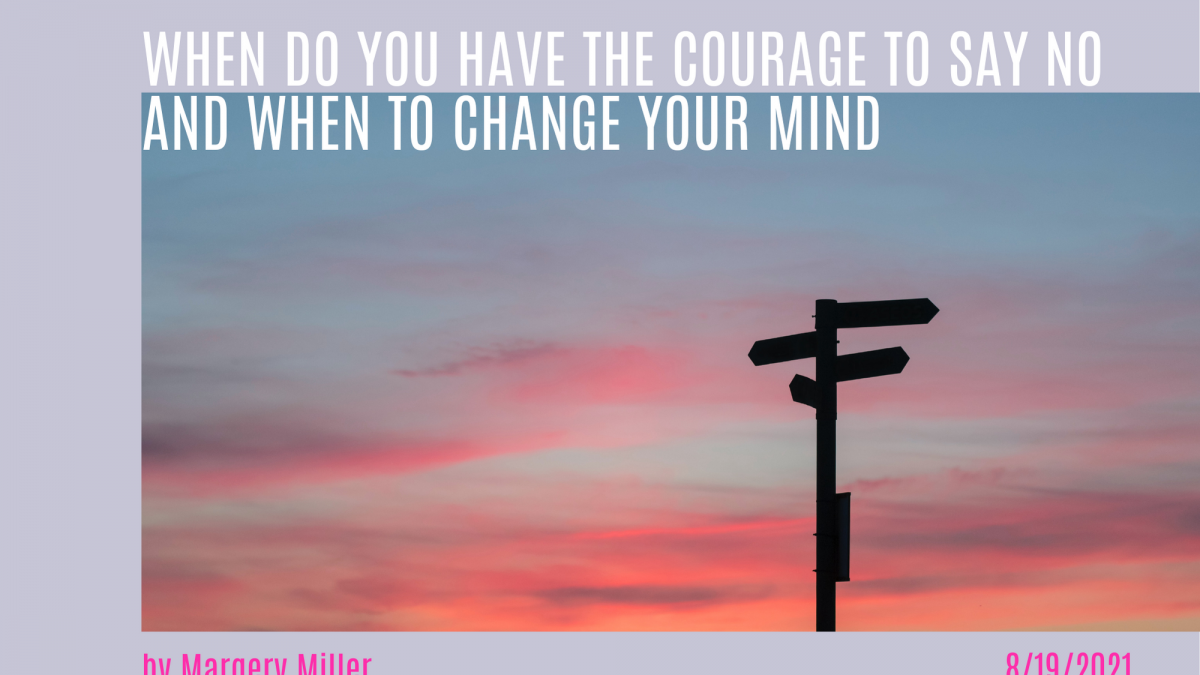 Yes, this starts with Simone Biles’ courage to say no to the Olympic stage… but it continues with self-awareness, and an ability to change your mind.

The star of the USA Olympic gymnastics team bowed out from the competition, feeling unsure of her physical and emotional ability to compete.

No doubt Simone discussed her options with her coaches and others closely involved. But the ultimate decision had to be hers. And that is what takes courage.

Most of us have an inherent need to belong, to feel like we are a part of something greater than ourselves. As little children, that means our families. As we mature, we cast our eyes to a wider view and try to fit in at school, church, athletics, social groups—all the places that we participate in society. And yes, some people are born with a sense of self-possession, but that isn’t actually the norm.

We are even more influenced by the views of others in this exaggerated era of social media and the immediate transmission of our behavior through various forms. Especially if we are out in the public arena in any way. Whether we agree with her decision or not, it is more important to understand it had to be hers. Which is true for all of us. If we make choices that go against our inner voices, we invariably pay a price for it. Right or wrong, we really need to be true to ourselves.

So how do we do that when faced with a decision?

First, do the best we can to get the whole picture. Dive deep to find out the root of the conflict. Sometimes big decisions affect a lot of people! So do we make them based on others’ opinions? Do we only rely on what we think inside? I think it is more complicated than that. That’s why the big picture matters. How much do we really know about other people’s stories?

For me, the moral of this story is to not judge her, or anyone else based on what we read and hear or what we believe to be right or wrong. Do we want to be judged in that way? I know I don’t!!! We do benefit from having tools to make decisions for ourselves, so here are some:

Once you go through these (and probably more) steps, make your decision!

Then, it doesn’t hurt to rethink it. Just like Simone did.

Recently I worked with a couple who just had a baby. They both work from home and decided to get a nanny to help to make sure they could keep their work going. After 3 weeks, they had interviewed several people, tried a few out, and felt very uneasy
about the decision.

They realized they had rushed into it and didn’t actually want anyone else full-time at their house! And that what they really needed was to have their housekeeper, who already worked 1 ½ days a week for them, add 3 hours per day more on her usual off time to get the washing and cleaning up done so the parents could create work schedules that gave each of the time to spend with the baby. They hadn’t thought of asking her to increase her hours, but she was glad to do it.

Another client got into a commission dispute with his company. He took a stand and decided he wasn’t going to back down. The owner of the business he was contracting with didn’t take it well, and it turns out he was resentful of some decisions made years ago that hadn’t ever been addressed. On learning that, my client decided to rethink the whole situation.

In order to create peace and smooth sailing moving forward, he made some concessions and pointed out that he recognized the frustration over the old situation and figured out a win-win for all parties. Both had to give a little, but both felt that they had won a little also.

These examples show the courage it takes to change your mind. Think it through again and take in the “other side” perspective. For the parents, their rushing into decided to get a nanny was based on the fear that their work would suffer. By stepping back, getting some coaching, and thinking it through again, they were able to come up with a more viable solution.

For the client, he realized he was holding to a sticking point that might be detrimental to his relationship with his client in the future. Rethinking it gave both of them away to save face and keep going. All of this takes courage. Years ago I realized the word courage comes from Coeur (French for the heart) and rage—which denotes being on fire about something.

When you know your heart and feel fire around it, do a diligent search to clear away the debris of fear, anger, resentment, doubt, ego, and sometimes your own bullheadedness, so you can come to clarity and either stick with your original choice or change your mind. Saying no takes courage, but so does changing your mind.

This piece was written by one of our amazing business coaches Margery Miller, who coaches an elite group of individuals who are “among the few, the strong and the brave, ready to push forward, create the lives they would love to live and experience, both personally and professionally.” For coaching from Margery and the rest of our team, a group of like-minded women entrepreneurs, check out our community subscription. 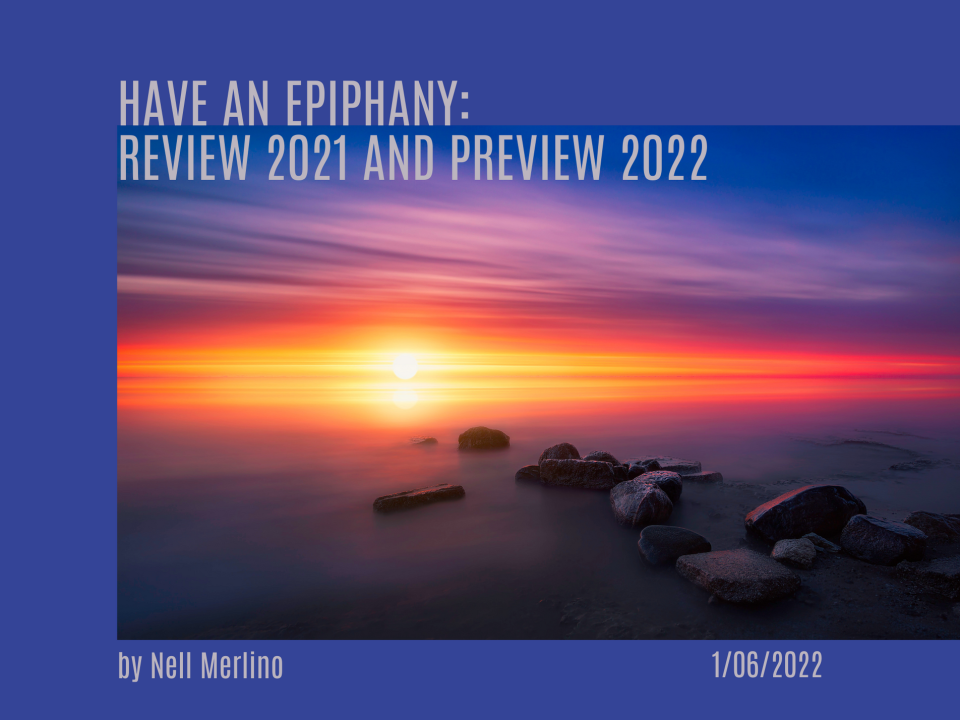 Have an Epiphany: Review 2021 and Preview 2022 with these 7 Year-End Review Questions. 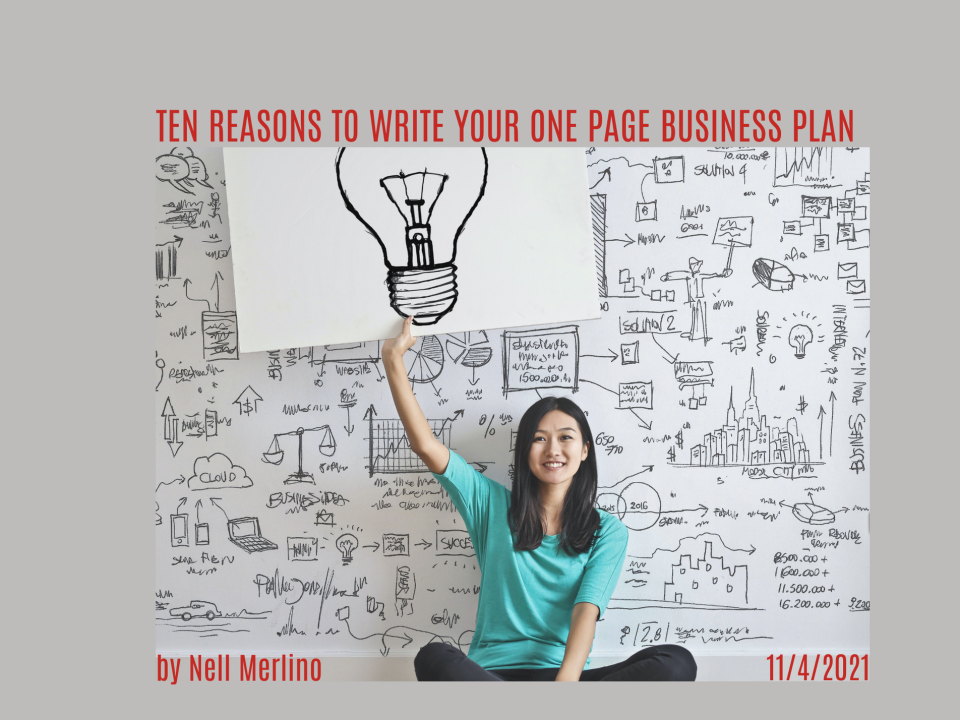 Ten Reasons to Write Your One Page Business Plan